Members | Sign In
NFP > A Main Newsfeed (Easier to find where you left off.)
http://www.wsj.com/articles/french-airstrikes-hit-islamic-state-targets-in-iraq-syria-1468846640

I've been reading Helaman this week. Noticing so many patterns. Then I got to chapter 13. Verse 5 he talks about the sword of justice hanging over the people and in 400 years it would fall. Not sure why that stood out but I began wondering.

Then I wondered when there has been 400 years before? We have 400 years in the Book of Mormon for the people to go from the birth of Christ to total destruction. 400 years in the Old Testament that the children of Israel were in bondage in Egypt.

-Ed- said Jul 19, 2016 05:05:00
@Dawn: I had the same epiphany a while back, just never got around to writing it. The Pilgrims established their version of a "New Jerusalem" a city on a hill, which was founded in Christian principles. They did so in THE promised land. The same land that was anciently inhabited by the Nephites AND Jaredites, both of which were wiped out due to their breaking their covenant in possessing this land. As their latter day descendants [the] wallow in Spiritual squalor the same destruction will happen among us. Keep a look out for the common terms of: "famime, sword and pestilence" in the BOM.
[Last edited Feb 20, 2017 16:27:43]
https://preparingforzion.wordpress.com/ 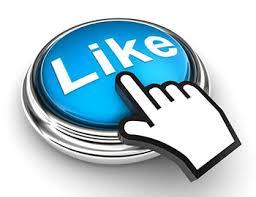 RubiBear said Jul 19, 2016 18:31:05
This comparison is amazing. Can something like that be a coincidence? And what a good eye you have to catch that! I don't think I ever would have made that connection. Thanks for sharing!

I did not write this but I agree:

"It only took 28 years for the Gadianton robbers to take total control of the Nephite government
Postby markharr » Wed Jul 06, 2016 2:34 pm

After their founding in 52 BC, it took 28 years until they murdered Chief Judge Cezoram, therefore gaining total control of the Nephite government.

28 years ago we were in Reagan's last year of office with George H (new world order) Bush running for election. This year we had a Supreme court justice die under suspicious circumstances. We also had a major presidential candidate get away with major crimes Scott free. Not even a perjury charge in spite of many statements made on the record which were proven to be lies.

If someone would have told me 28 years ago that it would go downhill this quickly I would have laughed at them."

I am not laughing.. Watch and be ready.

Dawn said Jul 20, 2016 00:14:11
@paulh, the murder of the chief judge also caught my attention, I forgot to mention that. And I agree with the last statement. There are 11 steps to the collapse of any civilization. I learned that in 1984 at BYU. I thought the last few COULD NEVER happen in America. Read about them below.

ClaireE.Grover said Jul 20, 2016 01:07:04
Dawn,
I had never heard of those 11 steps to civilization collapse. So interesting. It appears that by this measure, if America were fruit, we'd be ripe and starting to rot on the tree. Thank you for posting.
Love.

SpringThibaudeau said Jul 20, 2016 03:22:19
Something special about the year 2020. When Elder Bednar spoke in the last Christmas devotional, his words made a lasting impact on me. He said, "please try to imagine that you are 10 years old and a member of the multitude listening to a prophet of God foretell future events. Samuel declared: “Behold, I give unto you a sign; for five years more cometh, and behold, then cometh the Son of God to redeem all those who shall believe on his name." When he said the words, "five years more cometh", my heart burned within. I thought, is he telling us that Jesus is coming in 5 more years? That is what I felt in that special, sacred moment. That was December 2015, and five more would be 2020. Plymouth Rock was founded in late December of 1620, so four hundred years to the month would be December 2020, also five years from Elder Bednar's address, asking us to "please try to imagine that....listening to a prophet of God foretell future events." If complete destruction happens in 2020, wouldn't Christ come shortly after?
[Last edited Jul 20, 2016 03:50:10]

HollyPerryWolfley said Jul 22, 2016 07:06:57
If Christ were coming in 2020 I assume complete destruction would have to have been going on for years before that... also, we have to build New Jerusalem before he can come, no? Is 5 years (well, 4.5 years now) enough time to cleanse America AND build that great city?

I'm really loving this conversation and the ideas presented... I just thought He couldn't come for a few years longer than that. My understanding is, having read The Cleansing of America and listened to a number of Shelle's presentations, that America will be cleansed, the Priesthood will boot the evil doers out, and we will then really begin building. The seas will be impassible to protect us as we work. Several years later Christ will return.

AliciaBlickfeldt said Jul 22, 2016 14:10:31
The Lord certainly can cleanse quickly if He chooses. Ammonihah is the example I'm thinking of. They didn't believe their city could be left desolate in one day, but it was.
poeticvoice62@aol.com

Spring Thibaudeau said Jul 22, 2016 15:45:39
Holly, I agree that destruction would be happening in the years leading up to 2020, but by then the destruction/cleansing would be complete/finished. And in my mind 5 more years would include anytime before six years, so most likely in 2021.

Spring Thibaudeau said Jul 22, 2016 15:52:32
it seems I've heard that time in the camps is about 2 years and building the New Jerusalem is roughly 3. Anyone have other ideas?

HollyPerryWolfley said Jul 22, 2016 16:44:58
I do sooo hope it turns out that way, I vote we get this done as soon as possible! I was thinking 2021 or 2022. My understanding was that the cleansing will take 3.5 years and the building will take 3.5 years. Isn't the Lord said to return on the feast of the trumpets? Or am I mixing up my Holy Days... One of them He's supposed to return on!
page   1 2 3 4 5 next last
Back to Topics
Login below to reply:
get your own embeddable forum with talkiforum.com