Members | Sign In
NFP > A Main Newsfeed (Easier to find where you left off.)
I am about to tell you about an experience I had two days ago. It is not to toot my own horn, but because it changed me in rather profound ways. Maybe it will bless your life too.

A friend of mine, who works for the Ladies Correctional Facility in Pocatello, Idaho asked that I come to speak about my new book, They Said I Would Die, and sing to the ladies there. I referred to this last week as a "private event" since I was not certain if they would frown on my sharing publicly. Now that it is after-the-fact, I learned it is fine to share.

First of all, let me tell you—this is prison—in every sense of the word. Double lock-down doors, guards, razor wire, the whole nine yards. There are 350 inmates currently housed there. A smaller group of them live just outside the fenced area in the "work-release" program. In order for them to attend anything within the walls of the prison, they must submit to strip search. I was rather shocked to learn that 7 of them sacrificed their dignity to attend and listen to ME! Wow. I am still floored by their sacrifice!

Just before I was to perform and speak, I mentioned to my friend that I was quite nervous. Her assumption was that I was worried about the women I would be sharing space with—many whose records are rather unsavory. But that was not my concern.

I told her I was worried about whether or not I would be able to LIFT them from where they are, to a higher place. I wanted to leave them motivated, inspired and energized.

I spent some time telling them about me—working to attempt a connection with each. If I could not relate to them on some level I would fail.

After speaking for a few minutes, I introduced the first song and began singing. Several people teared up, some openly wept. It went on like this for over an hour.

I have been touched on a level I did not expect. I came away knowing I had been a part of something very profound. Not only had I had touched other's in a powerful way, I was moved with such a deep sense of compassion that I doubt I will every be the same.

Humility fills me. I hope that I get to repeat this experience on many levels, and in many different groups. 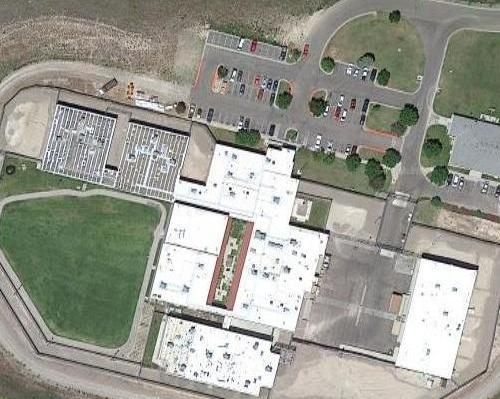 HelenPirtle said Mar 09, 2017 21:43:41
Thanks for sharing, Alicia. I too was touched just by reading your book. You truly are an example for each of us.
mompirtle@gmail.com

Nancy'sAwake said Mar 09, 2017 22:16:12
You may have found a new calling @Alicia Brickfeldt. What a wonderful thing to connect so deeply with God's daughters. You obviously lifted them. They felt safe with you. They felt the Spirit touch them. A great day!!
Sassyspuds@gmail.com

LueshaSedoreTerry said Mar 10, 2017 01:06:37
How beautiful...thank you for sharing and writing your book. I just finished it yesterday and was filled with more faith and determination to trust my Heavenly Father to heal. Heal my children when sick and me if I get sick in the future. I believe in natural healing and i know there is a place for modern medicine when inspired. I loved reading your journey...heart wrenching. Thank you for your honestly and bravery.

liliana portillo said Mar 10, 2017 01:56:51
Thank you Alicia I appreciate you sharing this with us. Like Jesus always said we are not to judge,but have compassion for each other

SusanWingle said Mar 10, 2017 02:37:16
What a profound experience for you, Alicia. Thank you for sharing. I feel that those who have made great mistakes in their lives also have more love for the Savior when they take advantage of the atonement. I just ordered your book "They Said I Would Die." I am looking forward to reading it.

SandiJ.Capps said Mar 10, 2017 05:40:02
Alicia, I can relate to what you felt there. Singing in prison was one of the most incredibly spiritual experiences of my life! I'm part of the Lamb of God musical production in Utah that tells of Christs last week events and His Resurrection.
Last year we were privileged to sing at the Utah State Penitentiary in both the men's and women's facilities. The same security restrictions were there as well. At the performance, we saw grown men, some, with very intimidating looks, come in with an attitude of, "you're not going to make me feel the spirit!" Before it was even half way over, these tough inmates either wept silently or buried their faces in their hands and openly sobbed as we testified of the Saviors love, healing and hope through the Atonement.They felt His love and His Spirit! They weren't the only ones weeping. In fact, we later decided that the angels from heaven must have performed that day because each choir member and soloist claimed that they were not able to sing because of the deep emotion and compassion we experienced for and with these brothers and sisters. To witness the affects of the Atonement in their lives was truly humbling, a most spiritual and sacred experience that I will never forget! Christ really does visit those in prison.

Kathryn Blose said Mar 10, 2017 06:05:28
Alicia, I know the joy of ministering to inmates. For three years I had a close female relative, Joy (*not her real name) serve time in prison in Nevada. I felt guided to visit some other inmates besides Joy. Joy invited me to send a letter to her first cell mate, Rosanna. (*That is not her real name either)

I ended up visiting with Rosanna for eight years, almost every week. She is now reactivated in the LDS church. Joy had served an honorable full time mission, and had taught Rosanna she had to forgive the man who killed her 17 month old daughter, and that she needed the Savior to help her to make things right in her life. Today Rosanna is back in Arizona with her family and has started her own dog grooming business. She attends a singles ward and is at peace. Rosanna is like a daughter to us.

Rosanna asked me to stay in touch with a male inmate friend of hers, Eric (--not his real name). Eric had saved Rosanna's life when she felt suicidal in the county jail in Las Vegas. He made sure the guards and the chaplain came to help her, and he was a true friend to her.

Eric was from Idaho--never joined the LDS church and grew up with drug dealing parents. He is serving time in a men's prison in Ely, Nevada. He is reading the Book of Mormon and I sent him Suzanne Freeman's book Through the Window of Life. He has read that book four times now. We had the chance to go see Eric in Ely once and we write him and let him call us. He is like a son to us. I have truly seen the Lord make beauty from the ashes.

PamelaHawkes said Mar 10, 2017 14:14:13
Alicia, having literally consumed your book in a very short time and having heard you share your discipleship message thru your love of music a few times, I belive you may have added another dimension to Your reaching out and touching souls.

God has certainly tested and blessed you much in life, yet you have taken these "gifts", polished them and used them to lift others. Kudos and thank you from the bottom of my grateful heart. 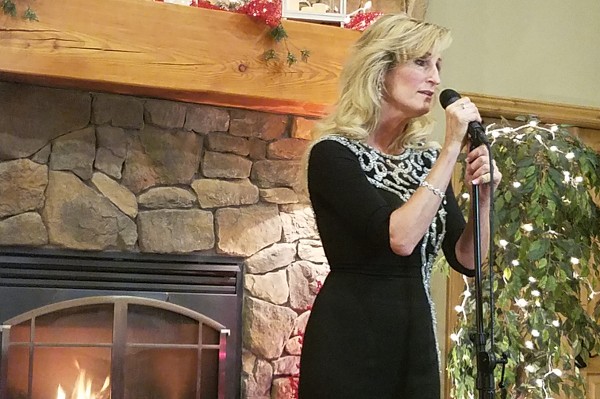 JulieWoodbury said Mar 10, 2017 15:30:38
Alicia, there have been times my Husband and I have been asked to speak in prisons, never have I felt so inadequate, it has deeply touched me, and humbled me. The prayer in my heart is always the same How can I give hope in such a discouraging place? I remember the sound of the metal gates closing and locked behind me. and the sounds of chains. It is an amazing experience. I know you will be so blessed for your efforts and will be given many opportunities to share your story. "Verily I say unto to you inasmuch as ye have done it unto one of the least of these my brethren ye have done it unto me"
Szintai@aol.com

BonnieJensen said Mar 10, 2017 22:05:29
@alicia, thank you for your service! I am touched to tears! Not only did you reach and uplift repentant inmates, but potentially you gave hope and uplift to innocent inmates. Because of an experience my family has had to deal with I know there are people in prisons who were told by their lawyer that they would never get a fair trial, just accept a plea bargain. These people also need hope too! Thank you to all who have told of their service!
girlonthefarm@q.com
page   1 2 next last
Back to Topics
Login below to reply:
get your own embeddable forum with talkiforum.com